A number of beautiful foals were born at Stoeterij Vissers this year. They descend from Kannan, Ogano Sitte, Numero Uno and Negro. There are two more foals on their way by Hardrock Z and Cornet Obolensky.

The colt Nadim Sitte is one of these foals. His dam is the elegant mare Tylana. Dam’s sire Caretino is best known for his offspring after a successful international sport career under Ludger Beerbaum. On the WBFSH ranking of 2014, he is placed 18th in the list of stallions in the jumping discipline. Some of his most prominent offspring are Ballerina (Markus Merschformann), Casall la Silla (Rolf Göran Bengtsson) and, surprisingly, the dressage stallion Cheenook. 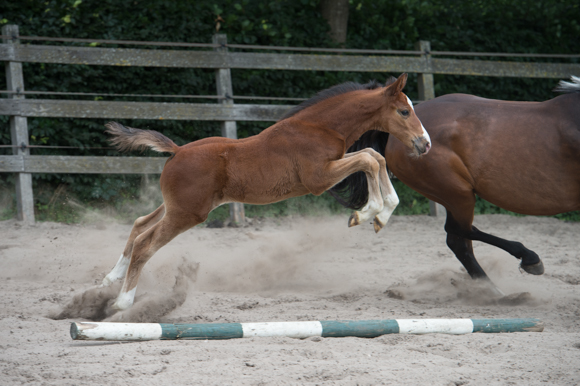 The sire of filly Never Mind, out of the mare Tres Bien, is the widely praised jumping stallion Kannan, who has many offspring who are very successful at international level. Examples include the Olympic Champion and World Cup winner Nino des Buissonnets, Grand Prix winner Molly Malone and World Cup winner Quorida de Treho. 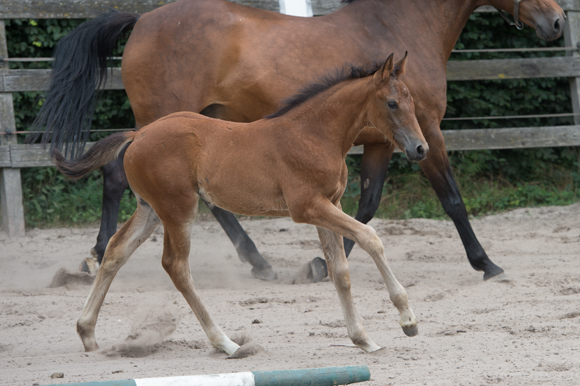 Daughter of Holly is the elegant foal Nylah. She comes from the preferent sire Negro, who in 2017 won the KWPN title ‘Stallion of the Year’. Nearly half of his offspring are registered as sport horses, some of whom have now taken part at the highest international level. His best known offspring is of course Valegro, who has achieved excellent results under Charlotte Dujardin and is known as one of the best dressage horses in history. 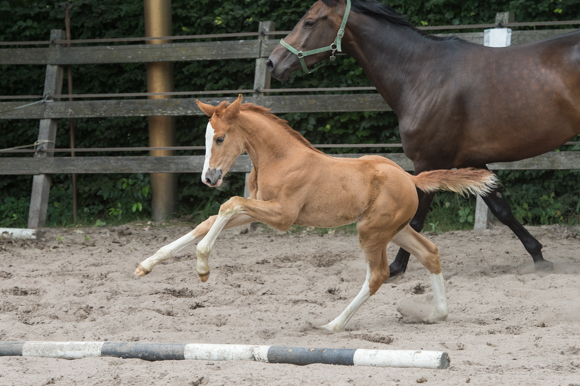 Nathan, a colt by the widely praised stallion Numero Uno, comes from the Canturo-mare A-Katinka. Canturo has had a successful sports career under the Brazilian Bernardo Alves. They came into action during the 2004 Olympic Games in Athens and the World Championships in Aachen 2006 and won the Prize of Europe at CHIO Aachen and were second in the Grand Prix of CHIO Rotterdam. Canturo already gave a few approved sons, including Canturano and Crespo VDL. 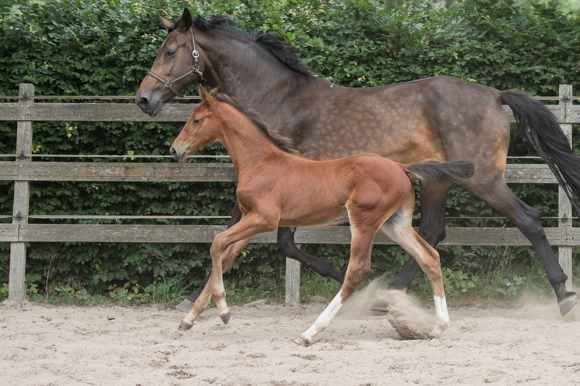